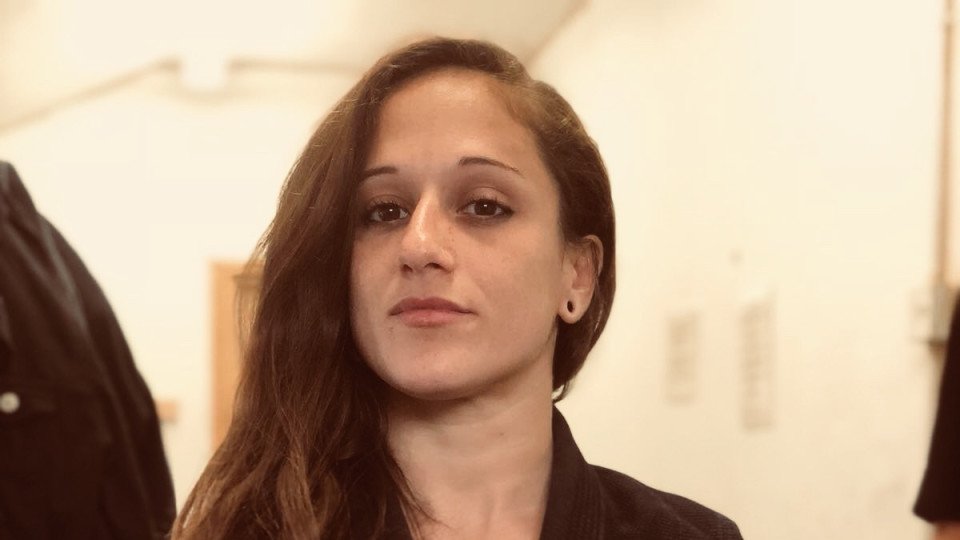 Francesca Renda was the UKBJJA no.1 ranked female athlete at white belt in 2017. All top ranked athletes win sponsorship to travel to the Europeans in January.

Unfortunately, Francesca was unable to travel in January and so we agreed she could defer her sponsorship to the next major international championship – which happened to be the Worlds!

Ronda Rousey is one of the reasons why I started BJJ so I’d go with her; Mackenzie Dern and her transition to MMA; Ffion Davies – one of the best female competitors in UK.

All the people I have met in my journey that might not be famous names, but have huge hearts for the sport they do and they motivate me to keep on grinding on a daily basis.

What inspires you to compete?

I like putting myself outside of my comfort zone in many different ways in life and competing in BJJ is definitely one of them. It’s a great way to challenge myself and to see how much I can achieve.

It’s also amazing how many great people one can meet in a competition environment while sharing all the nerve wrecking flow of emotions before and after being on the mats.

It’s incredibly satisfying to win and very rewarding to learn and fix the mistakes and the game holes after losing.

In my opinion competing in BJJ is also a great mind changer even in other aspects of life and it definitely functions as a reality check when facing people and situations outside the dojo.

What advice would you give other competitors?

In the humble amount of experience I had competing so far one thing that comes to mind and that is definitely forgotten and neglected by many competitors is to HAVE FUN.

Remember the reason why you do BJJ in first place. Enjoy the competition, as much as the build up and the post fights, make friends with other people with your same passion and learn.

No matter what the result is, you showed up and fought, how many people can say they did?