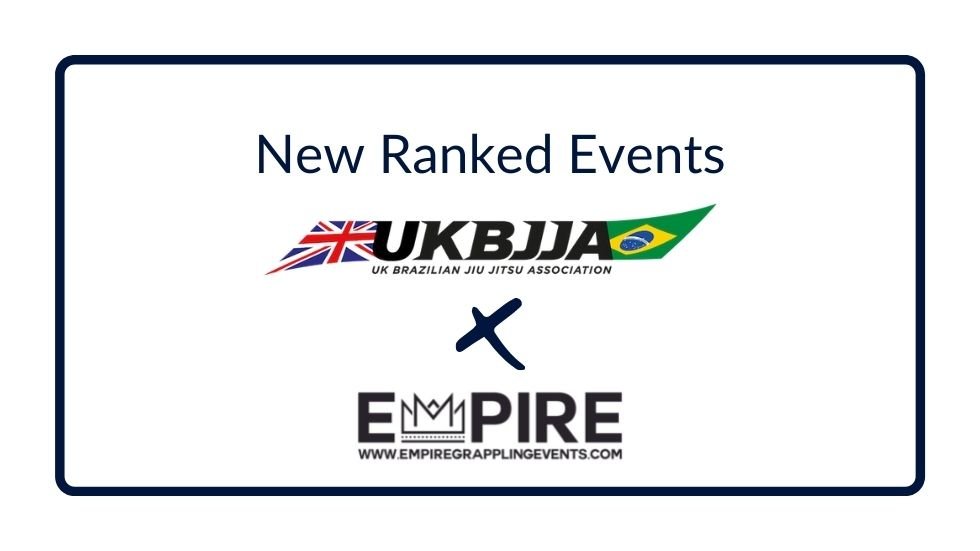 Empire Grappling joins a host of other elite competitions and becomes a UKBJJA ranked event.

As the national governing body for BJJ, the UKBJJA aims to grow the sport across the UK by improving standards and providing quality competition opportunities for our homegrown talent. Adding Empire Grappling to our roster provides more, high-quality opportunities for UK BJJ competitors.

Ranked events elevate standards in the sport and provide a higher calibre of competition for BJJ athletes, by both contributing to the standardisation of events and allowing individual competitors to receive points and compete for the top athlete spot in the official UKBJJA rankings.

Neil Williams, UKBJJA Chairperson Said: “Ranked events bring a much-needed level of performance standardising, regulation and quality assurance to BJJ competitions in the UK. Empire Grappling has been a beacon of quality events in the UK BJJ for many years and it’s brilliant to have them officially on board.”

Jake Cross, Director, Empire Grappling Events said: “We have run Grappling and MMA events for over a decade now which has shaped us to become one of the biggest and most well-run events in the UK.
We run events by the competitor and for the competitor with constant aims to evolve. We tweak events as the sport evolves and from competitor feedback and that will never change.
Becoming a ranked event and partnering with the UKBJJA is the correct next step for Empire Grappling. We never rush into any decision and have watched what they have been doing for a few years now. We feel the UKBJJA has all the correct motives and attributes to help Grappling in the UK positively grow and we want to do everything we can to help support that, especially in the North of England.”