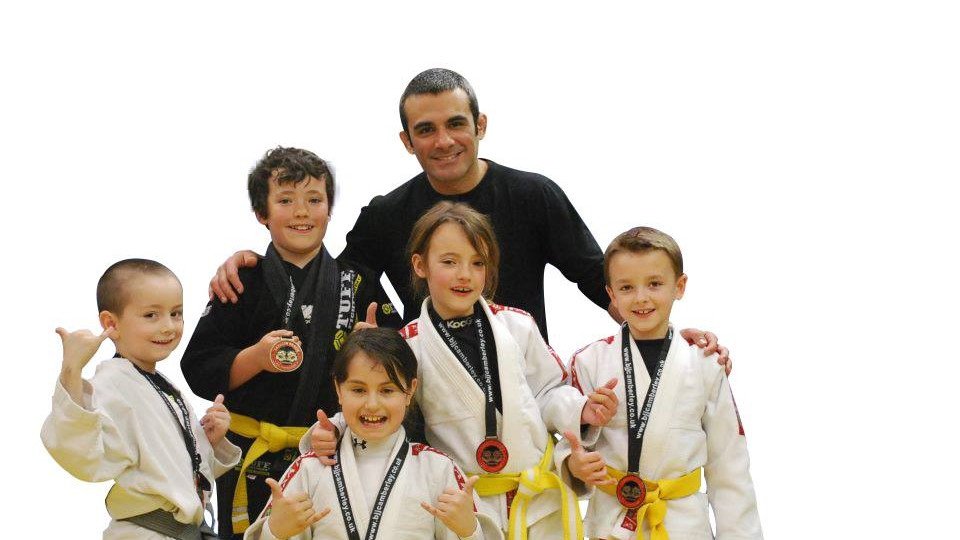 New Kids BJJ League for 2016 in the East of England

From January 2016, juniors and juveniles in the east of England will have the chance to compete regularly at friendly and well-organised BJJ tournaments as an Eastern England Kids BJJ League is announced. Entry fees will be low and affordable making the event regularly accessible to all families.

Alain Pozo, a black belt who heads up Carlson Gracie Essex and who has built up the kids team for Carlson Gracie, and Sarah Merriner, a brown belt who also teaches in Essex and at Carlson Gracie London, will be running these events. The competitions will run on the 2nd Sunday of every month from January to November and create a springboard for Juniors and Juveniles to compete regularly to prepare for bigger competitions.

The formation of the Eastern England Kids BJJ League builds on the success of the Southern England and Welsh Kids Leagues which are now well established and very popular with coaches and parents alike. New leagues will also be starting in the North East and Scotland in 2016. The aim of these regional events is to promote BJJ at grass roots level by giving children and teenagers regular, relaxed and well-organised competitions every month, in a safe environment with experienced referees,

The first Eastern England Kids BJJ League competition will take place on 10th January at The Essex Dojo, Unit 16 Eckersley Rd, Chelmsford, Essex, CM1 1SL. The Eastern league, like the Southern and Welsh will be a x1 points UKBJJA ranking event. With the aim of encouraging and rewarding young talented athletes, the UKBJJA has developed a ranking system which recognises the top junior BJJ players. This includes large national competitions as well local kids leagues. There are various sponsorship packages available for the top juniors at the end of the year, with the league winners of 2015 rewarded with free entry to their local leagues and a free BJJ gi.