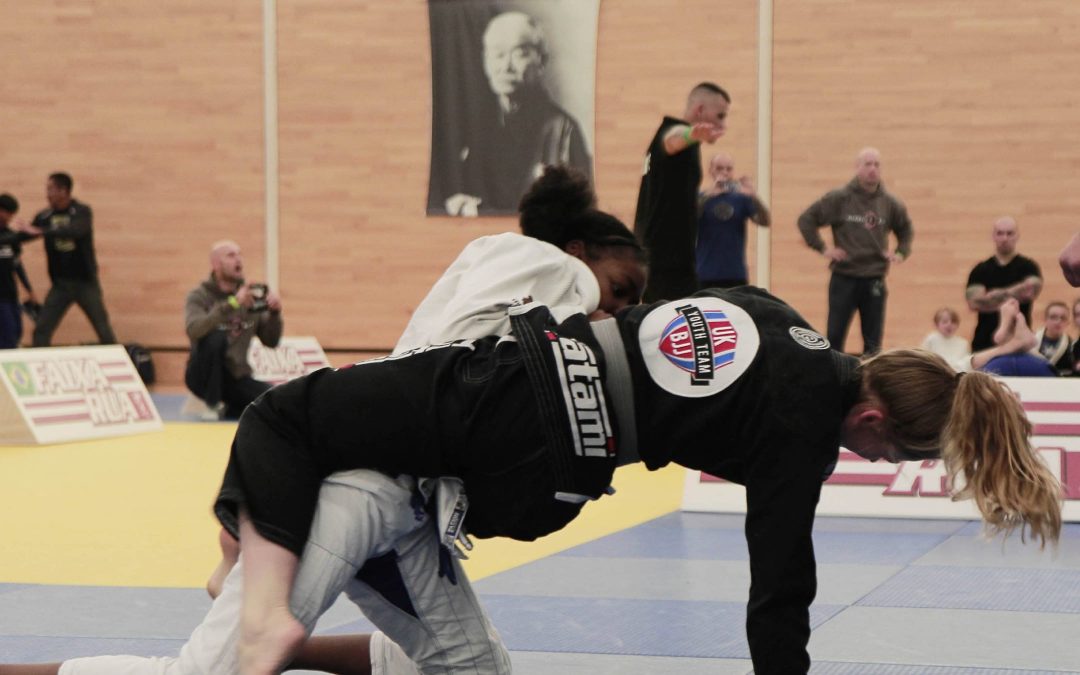 More than 250 competitors, boys and girls, ranging from 5 to 17 years old competed on Saturday 31st October at the state-of-the-art facility to become English Champion in their respective categories. Competitors traveled from across the UK for their shot at success. The national competition is held annually under the auspices of the UK Brazilian Jiu Jitsu Association (UKBJJA), the sport’s governing body elect and is one of the most important events of the year for junior BJJ players. The field included first time competitors and former champions competing for gold, silver and bronze medals although every child also received a certificate of participation.

With sponsorship from the UKBJJA on offer for the top juniors in the rankings at each belt, the premier status of the competition meant there was a lot at stake but it was the level of skill and the spirit of enthusiasm and fair play that was the real winner. One of the standout fights of the day was between two friends and top-ranked competitors, Dali Hopkins and Nia Blackman. The two teenagers put on an impressive display of Jiu Jitsu with Nia narrowly beating Dali, the highest ranked junior overall in 2015. However, the girls still walked off the competition mat laughing and chatting. Sarah Merriner, European champion and a referee at the event, commented, “‘I took a break from refereeing at the Kids English Open today, and watched Nia Blackman vs Dali Hopkins….one of the best fights of the day! These girls have heart! Best thing, later, it did not matter who had won. They were hanging out discussing techniques and drilling.”

Providing a supportive and safe competition environment and a ranking system which recognises emerging talent around the country is essential to the UKBJJA’s policy on junior development. Richard Martin, UKBJJA Chairman and tournament director, commented after: “Seeing the level of talent on display makes me feel very proud, I see so many talented kids year after year on the podium and really enjoy watching their progress and development. I want to congratulate all the parents and coaches on the level of Jiu Jitsu we are achieving together and also to mention how polite and well-mannered the children were.” Next year some of these stars of the future might be old enough to compete at the Adult English Open BJJ Championships. The 2015 event takes place in a few days time on 14 and 15 November also in Dartford when the best athletes in the UK gather to compete for the chance to be English Champion.