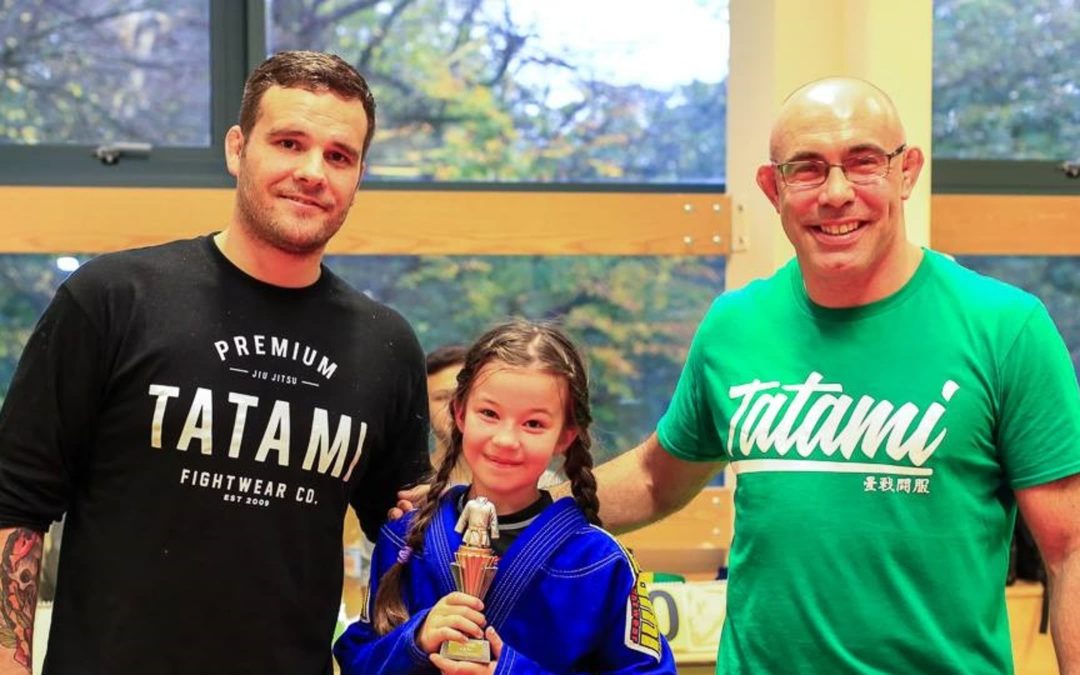 More than 80 competitors aged between 5 and 17, both boys and girls, competed to win titles in their respective categories, with competitors travelling from across Wales, the South West and the Midlands. This was the final event in a series of monthly competitions held under the auspices of the UK Brazilian Jiu Jitsu Association (UKBJJA), the sport’s governing body elect. Individuals competed to win medals in their categories but at this final event of the year the titles for the first ever Welsh Junior BJJ Champions were also on the line.

After a day of hard fought contests, 5 young champions were crowned. Roman Creel and Eve Evans took away the awards for the top boy and girl in the under 40kg category; George Harding and Dali Hopkins were crowned over 40kg boys and girls champions; and Ryan Hill was named top juvenile (15 years and over). Courtesy of Tatami Fightwear each of the category winners received a gift certificate and with the support of the UKBJJA will gain free entry to every Welsh Kids BJJ League event in 2016. Seren Hill received the special “Chwarae Teg” (Fair Play) Award for the competitor judged to have consistently displayed respect to their opponents, referees and staff at the event, to have consistently practiced good Jiu Jitsu and fought hard with a smile on their face. Neil Williams, UKBJJA director and tournament director commented: “Winning the Chwarae Teg Award is just as important as winning the competition categories, as these attributes embody the spirit that we expect from all the competitors whatever their competitive ability.”

The organisers, children and parents all take a break now until February when the Welsh Kids BJJ League starts again but Greg Creel, co-tournament director remarked: “What a great year it’s been. Our intention has always been to get the kids into active competition and judging from today the standard is going through the roof, and that’s not just down to the League but the commitment of the parents and coaches. Thanks to the UKBJJA for support and Tatami Fightwear for the generous sponsorship.”