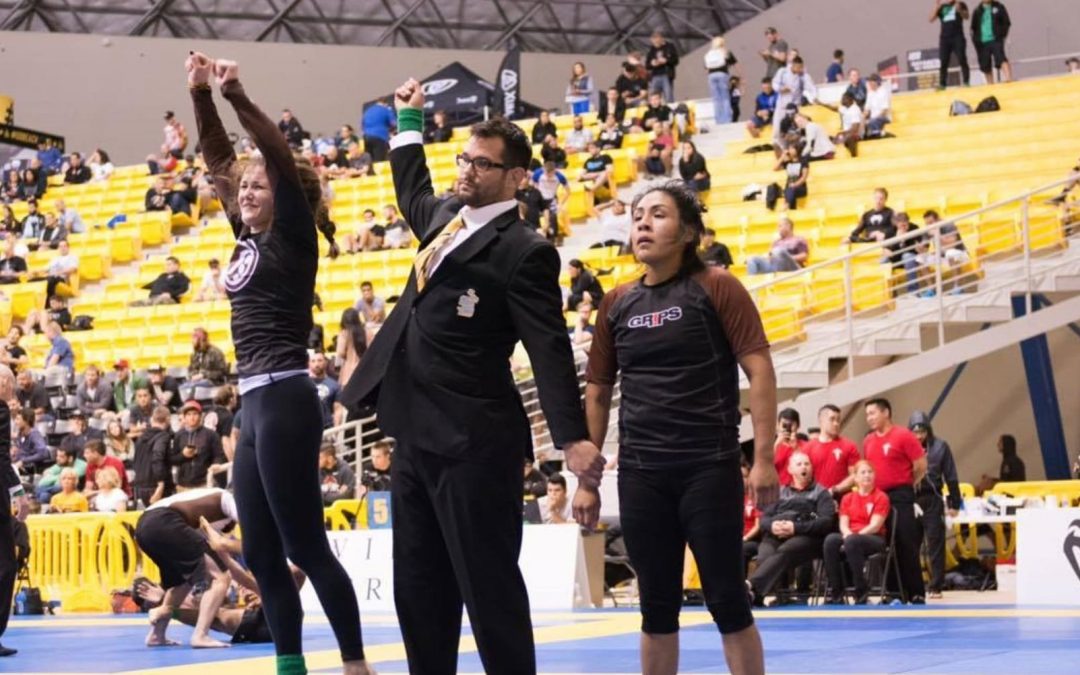 JUMPING FOR JOY AFTER BECOMING A WORLD CHAMPION

Samantha Cook Brown Belt No Gi World Champion and one of the UKBJJA’s ‘Ones to watch’, reveals how it feels to compete and be victorious at the highest level of competition.

“My opportunity came to fight the 2015 Worlds no gi after winning both the weight and absolute at the Finnish open this year. This is my first worlds no gi and my first IBJJF competition at brown belt! So, feeling pretty excited!!

We were a division of 4, all new opponents to test myself against. The first fight started with a single leg take down, straight to side where my opponent turtled. I took the back with both hooks in, the ref stops us as we were on the margin. Fight restarts standing and only an advantage given. So I’m 2-0 up plus the advantage. We battle back and forth, sweeps, inversions and attacking the feet where possible! I get to the back off the 50/50 guard and my opponent drops to attack my feet, at which point I sought opportunity to do the same and caught a straight footlock submission 4 minutes into the fight! My first sub at brown belt.

Now into the final, this fight was a little less exciting and remained standing for most of it. I shot in several times but my opponent had a good sprawl and was difficult to take down. Chico Mendes in my corner shouting to ‘believe in my guard’ but I felt it was too risky at this point. Arm drags, ankle picks and single legs later – still no points scored. I couldn’t risk a guard pull, I knew this girl wanted to play on top. The time is up and I get the decision for being the more active opponent.

There is a short 10 second clip of my reaction to the decision which pretty much sums up exactly how I felt. I just became a world champion, and it still hasn’t sunk in!! We do nothing alone, we are only as good as our training partners and those who choose to support us. This is for all you guys who made it possible!!!”

Posted in: Ones to Watch