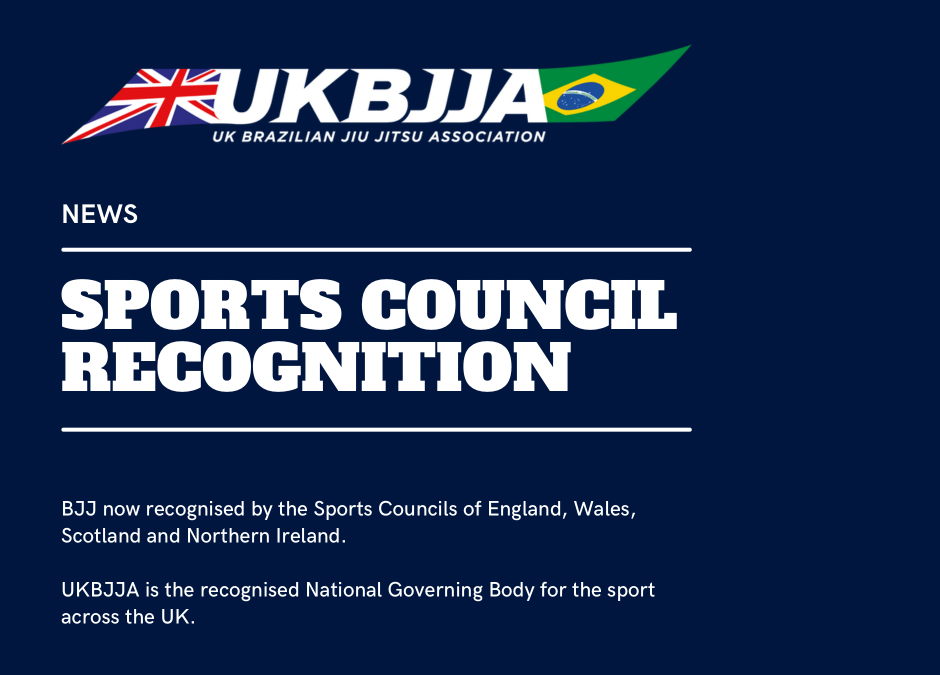 I’m delighted to announce that Brazilian Jiu Jitsu is now recognised by the Sports Councils of England, Wales, Scotland and Northern Ireland and the UKBJJA is the recognised National Governing Body for the sport across the UK.

The process of recognition for the sport has taken 8 years and was one of the founding goals of the association.

I’d like to thank my co-founders, Dave Coles and Simon Hayes, for their help and guidance with this project. I believe we have so far achieved what we set out to do by creating an NGB that is democratic, transparent, fair and serves all clubs and affiliations equally. The NGB should be there to serve the clubs, not the other way around as with some other sports.

I’d also like to thank the CEO, Mike Williams and his predecessor, Kat Hill for their hard work. Both have played an important part in the development of the association and the successful recognition process.

Finally, thank you to the Board of Directors and the Council, both past and present. Anyone who has given their time for the development of the association has played their part in creating a National Governing Body that we can be proud of, and that will help us to develop the sport going forwards in what I believe will be a period of huge growth.

I’ll be taking a back seat from now on and step down from the role of Chairman at the AGM on 23rd October. I’m confident that with a new Board of Directors, elected at that meeting, the association will have fresh impetus to take our sport to the next level, and become the largest martial art in the UK.